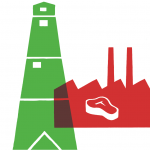 ’Our industry is unique and should not be compared with other industries!’ This is a common phrase I have heard countless times throughout my consulting career. But is it true?

Strangely enough the most successful companies become prosperous not by excluding comparisons, but by leveraging other industries success factors and applying them in a new context. Many other companies that innovated within the boundaries of their current industry logic often left the stage early. When looking at new business models it is often clear that they have not been developed from scratch. Many models that have changed an industry are merely refurbished versions of another model by another industry.

Re-imagine your organisation with a different leader

When you design your future business model you need to find ways to overcome the current thinking patterns or dominant logic of your industry. Famous leaders are often responsible for defining a new way of thinking in their industry. How would Rupert Murdoch or Frank Lowry run your business? What new customer segments would Robin Hood develop in your organisation? How would Pierre Omidyar lead your not-for-profit organisation?

They all applied models from a different industry and combined them with a new approach that broke the dominant industry logic.

Understanding another industries business models is only the first step

Companies should always look beyond their traditional industry borders to learn. Could you learn from Nespresso’s direct sales model? Could you do the same and sacrificed some reach of your sales channels for a much more rich interaction with your customers?

By doing so, you not only learn but also learn to unlearn; By learning about your hidden assumptions in your business model you start your unlearning which is crucial for any business model innovation within an existing company.

Experience based understanding is helpful, but not sufficient when you want or need to innovate your current business model. Elements of an existing model need to be combined with elements from another industry and creative thinking needs to be applied to recognize the transformative possibilities.

In 1985 I worked for Nixdorf Computer AG as a software engineer. Nixdorf had subsidiaries in 44 countries, and recorded international sales of 4 billion Deutschmark (about 2.08 billion EUR) with a workforce of 23,000 employees. The growth rates overall were a profitable 20%+ and Nixdorf was honoured as 1987’s most admired German company. Only 2 years later the company produced 1 billion DM loss and needed to sell its business to Siemens to avoid bankruptcy. The company simply didn’t innovate its business model early enough. The issue was not the product or the services the company delivered. The issue was, that the competition defined new customer segments (PC’s for consumers) for the computer industry. Standardization of open system computer parts lead to high volume of chips produced at lower cost, putting extreme cost pressure on the proprietary computers from Nixdorf. The market was still there, but the customers where not willing to pay the high prices for the machines anymore and consequentially switched to lower cost PC technology. Nixdorf was captured in a downward spiral of cost cuttings and reduced sales.

Could Nixdorf have been saved if they would have been able to look beyond their industry boundaries and combined their strength with some innovative thinking? Yes, I strongly believe that the company would still be operating successfully.

Let us examine the assets  and core competencies Nixdorf previously had:

Nixdorf was Europe’s largest seller of software and had built perhaps the world’s most dedicated, knowledgeable sales force to help its many smaller customers make intelligent use of the machines and programs they purchased. The company always worked from the customer to the machine, not vice versa, essentially earning the kind of loyalty that ensures repeat sales.

Now think about applying a “rent instead of buy” model like Blockbuster video used combined with a model to “orchestrate the value architecture” like the athletic footwear industry (e.g. Nike) implemented and use elements of “guaranteed availability” from the logistic industry. Nixdorf could have easily leveraged their strength of software, sales and engineering and would have been much more agile in reacting to technological change. IBM adopted a similar approach year’s later turning around the firm’s fortunes.

Don’t forget that cultural context can be different between industries

Learning from other industries is a great first step to encounter possibilities in your own industry. Embrace the differences between industries, understand their cultural context and be open minded for potential adaptations and combinations. I promise you will unlock many hidden gems. Learning from other industries is fast, the necessary unlearning and forgetting what made you successful in the past is more difficult. Changing values is core in cross-industry business model innovation. Let’s start the journey.

Leave a Reply to We Are Innovation Cancel reply