Ten years ago the TiVo digital video recorder was presented at a broadcasters’s convention in Las Vegas. People 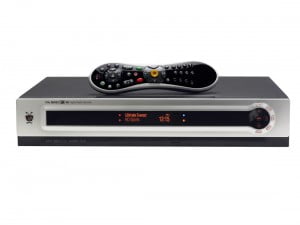 expected that the TiVo as an easy time-shift machine would change the TV industry for ever. The great opportunity for TiVo’s users was to watch a show whenever they wanted and without commercials since they could skip that annoying part. The latter was seen as the death of the TV industry as we know it today since their revenue model is based on these commercials that nobody needed to see anymore with a TiVo.  As predicted the TiVo sold well particularly as the price fell. But since 2007 the user base has fallen and the the TV industry is still existing as we know it.

It is the customer, stupid!

The Economist from April 25th, 2009 summarizes the problem with the TiVo very well: “Just because technology enables people to do something does not mean they will, particularly when it comes to a medium as indolence-inducing as television.” But the dire fact is that so many great sounding innovations fail in the end since the customer is not willing to change their behavior.  With the TiVo customers needed to adopt their behavior to the new device. They had to learn the function of the device and become more active in devising their evening entertainment. No more the TV station commanded when you can see what but it was up to the customer to design its own programm. But did the customer really want to have that control? Was this the point of watching TV? Is watching TV all about controlling your destiny?

Jobs to get done

The TiVo fell into the trap of customers’ phlegm. Watching TV is definitely not about taking control over your destiny but about passive entertainment and lulling. The job you want to solve by watching TV is all about passive entertainment and the TiVo did not help with this job. The TiVo was great for early adopters since they bought the device to actively take control over their content but the majority of users has a different open job to be done.

Competition is just around the corner

But it is not time to relax for the advertising -supported television stations. People shift time away from TV to the Internet. And the Internet is all about interactivity and therefore better suited for business models that require activity from their customers. Hulu and other HD-video streaming services are becoming popular and they give control to the users. The question will be: Do the customers really want that much control? And there is competition from the low end and with lousy quality but where interactivity is the main feature. It is youtube.

Customer Adoption as the biggest hurdle in business model innovation

(The idea of the post was inspired by the article in The Economist.)