Dell announced on September 21, 2009 that it will acquire Perot System for $3.9 billion. Dell was the poster child of business model innovation. It had “invented” the direct sales model for PCs. Instead of going via resellers Dell sold its computers directly via telephone or the Internet to its customers. Now, Dell is extending its traditional business into services. Will this work?

I feel very ambivalent about the announced deal. First, Dell pays a premium of a 61% for Perot Systems. That is a huge premium and from my time as an investment banker at Lazard I know it is very difficult to recoup and justify such a premium. But even more problematic is that with the purchase Dell does not solve its problem with its current business model. 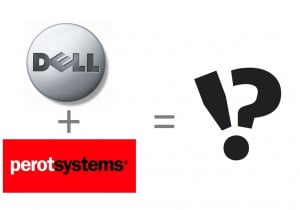 The deal makes sense from a corporate strategy perspective. Dell is suffering in its core business a steep fall in prices. For many years Dell was the price leader but now HP tries to undercuts Dell [update: link no longer available]. The first time in the history of PCs, the new Microsoft operating system Windows 7 will need fewer resources than the previous version, Windows Vista. That is bad news for computer makers that usually expect a big boost in sales from a new operating system.

In the past Dell’s value proposition was to sell individually configured PCs and servers at a low price. END_OF_DOCUMENT_TOKEN_TO_BE_REPLACED